A two-story house built in the early 20th century and located in the Roma neighborhood, one of the first planned developments constructed outside México City’s historical downtown. Because of its arquitectural value, the house is a protected historical building. However, it had suffered severe structural damage due to earthquakes and soil subisdence caused nearby construction projects. Our challenge was to rescue this gem inimmiment danger of collapse, and transform it in a way that both honored its past and assured its future.

The house was completely restructured with steel beams and reinforced concrete for earthquake safety, while leaving the historical facade and original footprint completely intact. With the addition of a third floor, the building now houses three separate apartments, each of them designed to maximize natural lighting while maintaining privacy. The original wooden beams are recycled to work alongside the modern steel ones, creating appealing visuals throughout all three apartments.

Original doors, bricks, tiles, and other materials are also salvaged and given new life as design features.The newreinforces the old, preserving the presence of the original house 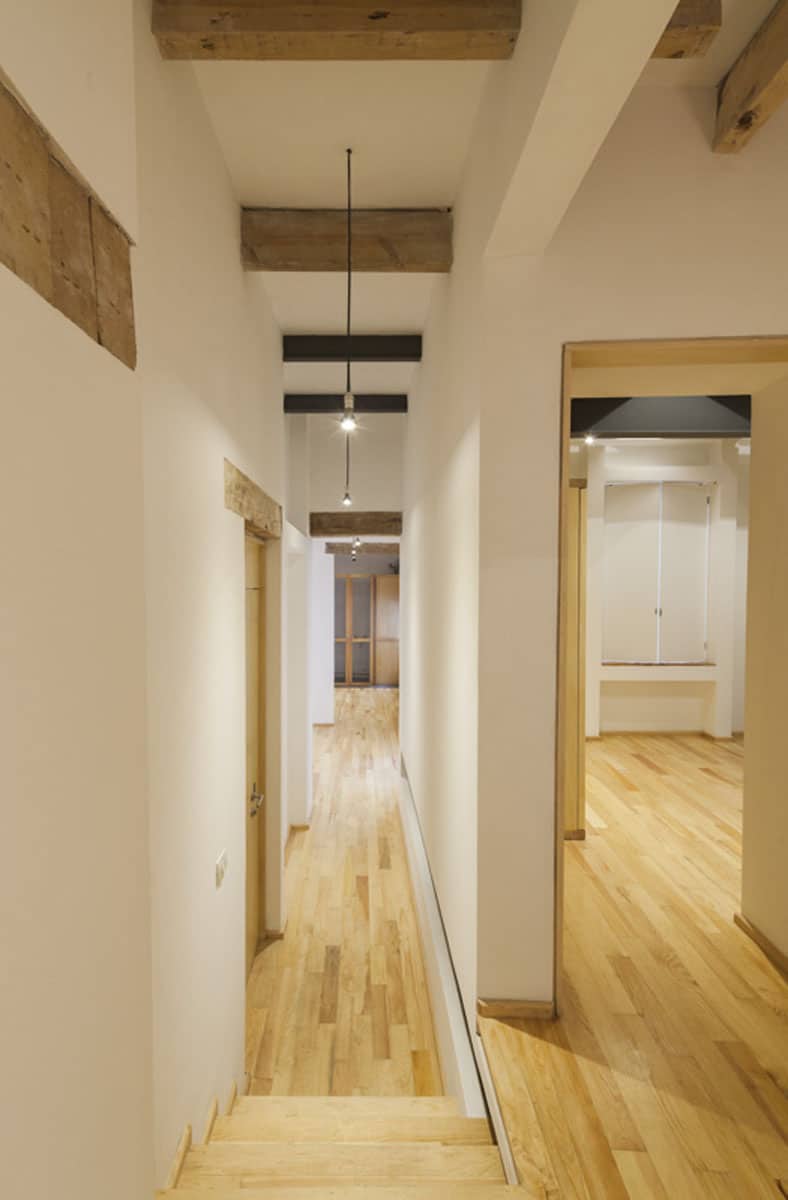 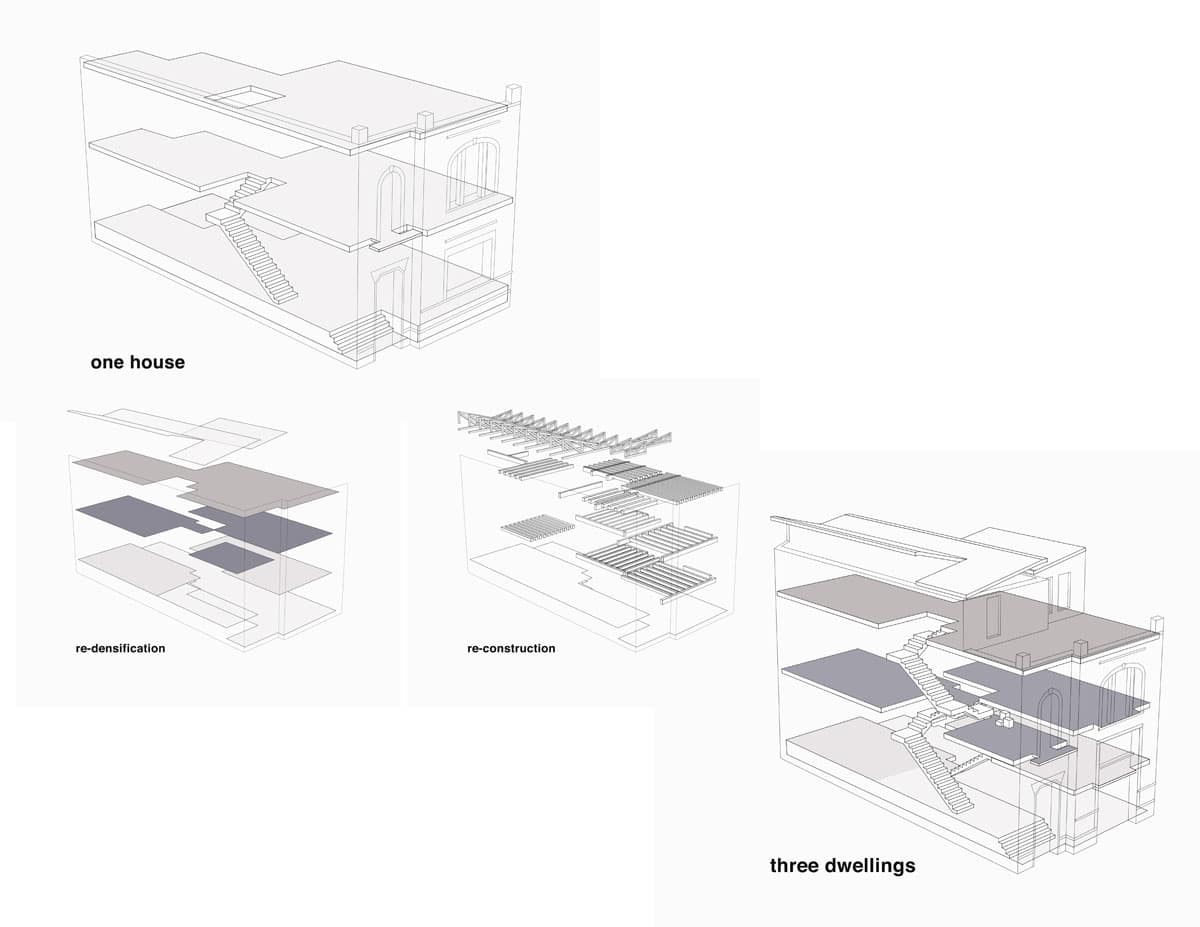